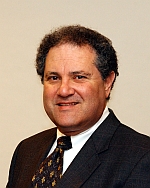 Paul N. Watter is a partner of Hill Wallack LLP. He is partner-in-charge of the Public Finance practice group and is a member of Business & Commercial practice group.

Mr. Watter represents an extensive list of clients in all areas of Banking & Secured Transactions, Securities, Finance and Corporate Law and as Bond Counsel.

Mr. Watter is admitted to practice in New Jersey (1973), New York (1984), the U.S. District Court, District of New Jersey (1973) and the U.S. Court of Appeals, Third Circuit (1976). He earned his law degree from Rutgers University Law School and his B.S. Degree in Commerce from The University of Virginia.

Mr. Watter has also educated banking clients and contacts as to the workings of the Small Business Administration loan program.